More than 15 years after she vanished, advanced DNA testing is being used to re-examine evidence in the Brianna Maitland disappearance

On the morning of March 20, 2004, the Vermont State Police received a report of an abandoned car on the property known as the “Old Dutchburn Barn” in the town of Montgomery, Vermont. A green 1985 Oldsmobile Delta was found at an odd angle, backed into the side of the building. The vehicle had collided with the building in such a manner that the rear bumper was stuck on the foundation of the house, causing the rear tires to be elevated and thus disabling the vehicle. There were no indications that the vehicle had come off the roadway in an uncontrolled manner. The responding trooper did not find anyone with the vehicle or inside the abandoned farmhouse. The doors to the vehicle were unlocked, and the keys were missing. He noted several items inside the vehicle, including two unopened paychecks from the Black Lantern Inn addressed to Brianna Maitland. The trooper went to the Black Lantern Inn to attempt to contact Maitland, but the establishment was closed. The car was then towed to a local tow yard. 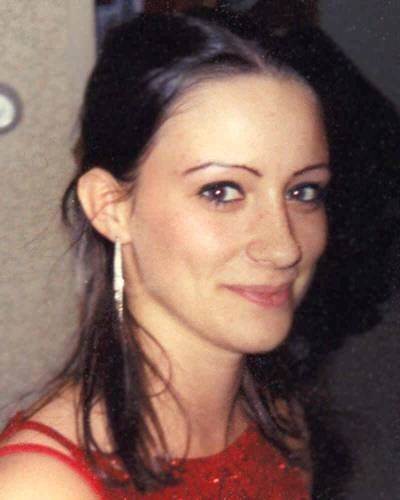 The day before, Kellie Maitland had gone shopping with her 17-year-old daughter, Brianna Maitland, in St. Albans, Vermont. Brianna had a shift as a dishwasher at the Black Lantern Inn in Montgomery later that evening, and she seemed anxious to get home and get to work. According to co-workers, Brianna’s shift was uneventful. She did not have any visitors or make or receive any phone calls. At the end of her shift, around 11:20 p.m., Brianna was seen by a co-worker getting into her car and leaving the parking lot. This was the last time Brianna Maitland was seen alive.

On March 23, 2004, Kellie Maitland contacted the Vermont State Police to report Brianna missing. On March 25, 2004, Kellie and her husband, Bruce, went to the State Police Barracks in St. Albans to drop off some photographs of Brianna. It was then that a trooper showed Bruce and Kellie a picture of the green Oldsmobile, backed into the Dutchburn Barn. They confirmed their daughter had been operating the vehicle on the night of March 19, 2004. The Black Lantern Inn is less than 2 miles from where her car was found. Although initially believed that Brianna might have run away, it was later determined she could have been a victim of foul play.

Approximately one week after Brianna was last seen, the Vermont State Police returned to the scene to conduct a K-9 search. This search resulted in the collection of an item of interest from the ground in the vicinity of where Maitland’s car was found. Based on the location of the item, and not knowing how long it had been there, it was unclear if it was related to Maitland’s disappearance. A DNA profile obtained from this item was entered into CODIS — the FBI’s DNA database — and also directly compared to 11 persons of interest; no match was identified.

In Fall 2020, the Vermont State Police Major Crime Unit partnered with Othram in the hopes of generating a lead using the same DNA evidence that was used to build the DNA profile that was submitted to CODIS. Othram scientists used Forensic-Grade Genome Sequencing® to build a DNA profile and conducted genealogical research to develop investigative leads so the Vermont State Police could continue their work. After months of follow-up investigation, police were able to locate, interview, and obtain DNA samples from candidate donors. These DNA samples were sent to the Vermont Forensic Laboratory for comparison testing. The lab confirmed that DNA from one of the individuals matched the DNA on the item found on the ground near Brianna’s vehicle.

It’s important to note that this doesn’t mean we have identified a suspect. We are continuing our active efforts to investigate every lead associated with this case, and we constantly look for new technological advances to aid in our investigation.

-VSP Detective Sgt. Angela Baker
“It’s important to note that this doesn’t mean we have identified a suspect,” said VSP Detective Sgt. Angela Baker, the case’s lead investigator. “We are continuing our active efforts to investigate every lead associated with this case, and we constantly look for new technological advances to aid in our investigation. The use of genetic genealogy to identify the DNA found 18 years ago is just one example of how detectives continue to track down every potential lead in this case.”

The Othram team would like to extend their sincerest gratitude to Paul Holes and the Murder Squad podcast, who fully funded the costs associated with laboratory testing and genealogical research for this case. Othram will continue to support VSP as they move into the next stage of their investigation into Brianna's disappearance. Anyone with tips or other information that might in any way be relevant to the investigation should contact Detective Baker at angela.baker@vermont.gov, or submit an anonymous tip online.