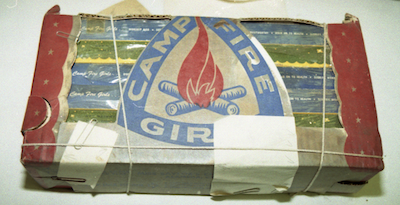 Candice "Candy" Rogers was a 9-year-old 4th grader who lived with her mother in Spokane, Washington. Candy Rogers was a member of the Bluebirds, the younger members of the Camp Fire Girls Of America. On the afternoon of March 6, 1959, she left her home to sell mints door-to-door. She had 7 boxes to sell and confined her route to her neighborhood. Within a few hours of her departure from her home, her family became worried and began searching for her. Neighbors joined in. Shortly after, the police were notified and they too began searching for the little girl. In the later evening, abandoned boxes of mints were found by the Fort George Wright Bridge, but there was no trace of Candy Rogers. 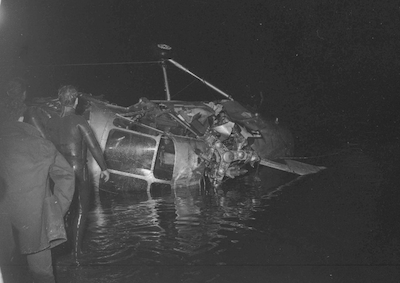 By morning, all of Spokane was aware of the situation. Her disappearance was reported in the paper that very next day. Hundreds of folks searched for the little girl. Groups including the Air Force, Maine Corp Reserve Unit, WWP, Inland Paper, International Harvester, US Postal Service, and Boy Scouts of America offered their assistance in the search. Tragically, in the course of the search that day, a Sikorsky H-19 Chickasaw helicopter, aiding in the search, hit a power line by the Spokane River and crashed. The helicopter carried five Air Force Airmen. Three of these men were killed in the crash.

Two weeks after her disappearance, two folks hunting in the area found shoes that belonged to Candy Rogers. The next morning, her body was found, purposefully concealed by pine needles and tree branches. A new manhunt began, to find the person responsible for her murder. Investigators determined that the little girl was strangled to death and that she had also been sexually assaulted. Strips of her clothing had been used to restrain her and strangle her. The investigation into her sex assault and murder spanned the careers of many law enforcement officers and continued for decades. Hundreds of tips and leads were explored. Countless persons of interest were slowly eliminated.

In the early 2000s, a breakthrough in the case came when forensic scientists were able to isolate a semen sample from Candy Roger's clothing. An STR profile was developed and entered into CODIS, however there was no match to a known identity. The leading suspect in the case, Hugh Morse, was excluded with this STR profile. He was serving a life sentence for two other homicides from 1959 and 1960, but he was ultimately not responsible for Candy Roger's death. Investigators continued to consider any and all leads over the next several years but no new plausible suspect emerged.

In February 2021, the Spokane Police Department reached out to Othram to see if Othram's technology and methods could assist with the case. The DNA extract derived from the crime scene was degraded and burdened with non-human DNA, neither of which was surprising given the age of the case. Othram received the DNA extract in March 2021 and Othram scientists used Forensic-Grade Genome Sequencing® to develop a comprehensive genealogical profile from the DNA evidence. Upon successful construction of a DNA profile, the Othram genealogy team used the DNA profile to search for distant genetic matches that might help reveal the identity of the man who left his DNA at the crime scene. By Labor Day, Othram had returned investigative leads to Detective Zac Storment from the Spokane Police Department. The research at Othram had narrowed the search to three brothers. 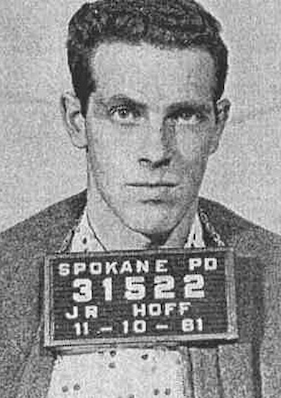 Empowered by these new leads, Detective Zac Storment and his team continued their investigation and found that one of the brothers died in 1970, at the age of 30, but was survived by a wife and daughter. Investigators reached out to the daughter to see if she would be willing to help confirm whether her father or one of his brothers might be responsible for a decades-old crime. The daughter provided a DNA swab and the forensic team in Spokane was able to establish strong evidence of paternity between the unknown male DNA profile from the crime scene and the profile developed from the daughter. A search warrant was secured for her deceased father's DNA and he was exhumed so that DNA evidence could be collected. The forensic team was then able to make the final key confirmation that the profile from the exhumed body matched the profile from the crime scene. After more than 60 years, a suspect had finally been confirmed. Investigators have now concluded that John Reigh Hoff, never previously connected to the case, is the man responsible for the sexual assault and murder of Candy Rogers. An investigation continues as Detective Zac Storment and his team try to determine if and how Hoff might have known Rogers and if Hoff might be responsible for other crimes in the area.

The unknown woman, found in Melton Hill Lake, has been unidentified for 20 years