In August 1995, Kitsap County Sheriff’s Office deputies and detectives responded to the 15000 block of Peacock Hill Road SE in Olalla, Washington after a passerby found a murdered woman in a ditch alongside the road. The homicide victim was identified by her fingerprints as Patricia Lorraine Barnes. She was 61 and a resident of Seattle who had been last seen by acquaintances days before her discovery in the ditch. Barnes had no known relationship to Kitsap County prior to her death. 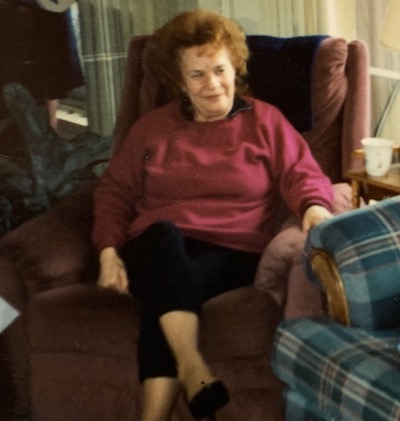 Barnes was shot twice in the head and found without clothing in a ditch, partially covered by a sleeping bag. The Kitsap County Coroner’s subsequently determined cause of death as the multiple gunshot wounds and the case was classifed as a homicide. The scene where Barnes’ body was located was subjected to significant evidence processing and collection. Throughout the course of the investigation, approximately 130 individual evidence items were collected. Kitsap County Sheriff’s detectives also conducted an exhaustive amount of follow up with the assistance of the Seattle Police Department, which was unsuccessful in identifying a suspect in her murder.

For some period of time, Barnes was suspected to be another victim of the "Spokane Serial Murder," later identified as Robert Lee Yates, even though she did not fit the profile of Yates' other victims, due to similarities in the killers' methods.

In April 2018, Kitsap County Sheriff’s Office Detectives reopened the case as a part of a division wide focus on past cold cases within the department. As part of the reopening of the case, investigators reviewed various items of physical evidence and photographs from the scene. They also re-interviewed detectives involved with the initial response and began exploring the DNA testing tools that might help generate new leads.

Evidence items from the scene were submitted both to the Washington State Patrol Crime Lab and other labs. Through coordination with the Washington State Attorney General’s Office, Spokane Police Department and the Spokane Sheriff’s Office, Robert Lee Yates was excluded as a suspect in this case. Yates was stationed at Fort Rucker, Alabama at the time Barnes was murdered. This was based upon an exhaustive timeline compiling Yates’ location-including transaction receipts which place Yates out of state at the time.

In August 2020, a search warrant for DNA material was executed in Houston, Texas with the assistance of Investigators with the Harris County District Attorney’s Office. This was acting on earlier known information concerning a person of interest that was believed to be the last person in contact with Patricia. This person was later excluded as the contributing source after a comparison of collected DNA to DNA collected from the scene and evidence.

After this exclusion, additional DNA submissions led to a single unidentified male DNA profile from 3 separate probative evidence sources at the scene. This profile had been compared against CODIS and no match was found. The context of these sources suggest that the source of the DNA is the person responsible for Barnes’ murder. The sources include DNA from the victim’s body and the crime scene.

With all leads exhausted, Kitsap County Sheriff's Office teamed with Othram to use Forensic-Grade Genome Sequencing® to develop new leads that could point to the identity of the unknown male profile recovered from the forensic DNA evidence. Othram scientists successfully built a genealogical profile and Othram's in-house genealogy team performed the necessary research to produce a potential candidate for the yet unidentified DNA belonging to the suspect.

The lead was delivered in December 2021 and then, acting on this information, Kitsap County investigators conducted follow up with the Nogales, Arizona Police Department as well as the Pima County Medical Examiner’s Office in Tucson, Arizona. It was determined that the potentially matching subject had died in September 2016. A retained sample of biological material from the post-mortem examination of this deceased candidate was provided to the Kitsap County Sheriff’s Office by the Pima County Medical Examiner’s-at the request of the Nogales Arizona Police Department. 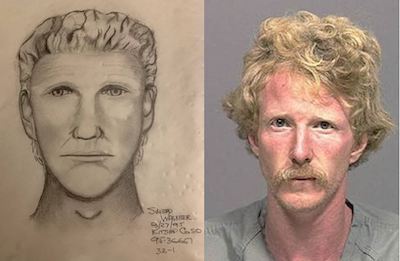 In January 2022, this biological sample was then provided to the Washington State Patrol Crime Lab in Seattle for comparison against the unknown suspect DNA profile for confirmation testing.The following month, the Washington State Patrol Crime Lab concluded that the DNA of the subject who died in Nogales Arizona in 2016, Douglas Keith Krohne, indeed matched the unknown suspect profile from the Patricia Barnes homicide.

The person believed to be responsible for the murder of Patricia Barnes is Douglas Keith Krohne who had previous addresses in both Seattle and Tacoma. Krohne would have been 33 years old at the time of the 1995 murder. Krohne had significant criminal history in Washington, resulting in (5) felony convictions, including a 1984 conviction for 1st degree robbery. Krohne’s criminal history also reflected an arrest in 1994 in Pierce County for Kidnapping 2nd degree.