After 33 years, Rising Fawn Jane Doe has been identified as Stacy Lyn Chahorski of Michigan

In December 1988, the Dade County Sheriff’s Office and the GBI responded to the scene of a body located about five miles from the Alabama Stateline on I-59 northbound lane, near Rising Fawn, in Dade County, Georgia. The body belonged to an unidentified female homicide victim.

The victim was wearing a navy-blue thermaknit, long-sleeved, pullover shirt, navy-blue bra, Calvin Klein blue jeans, and black lace-up, ankle-high shoes. She was also wearing a small yellow-gold chain around her neck and a white-gold pinkie ring with a heart on top, on the small finger of her left hand. For years, GBI agents and Dade County investigators worked diligently to identify the victim. A GBI forensic artist made clay renderings and drew composites to recreate what the victim would look like in hopes of identifying her.

In the mid-2000’s, the case was reassigned, and investigators found additional evidence that could possibly identify the victim. Investigators sent the evidence to the FBI lab in Washington D.C. for further testing. Analysts developed a traditional STR DNA profile for the victim and entered the profile in the missing persons DNA database. 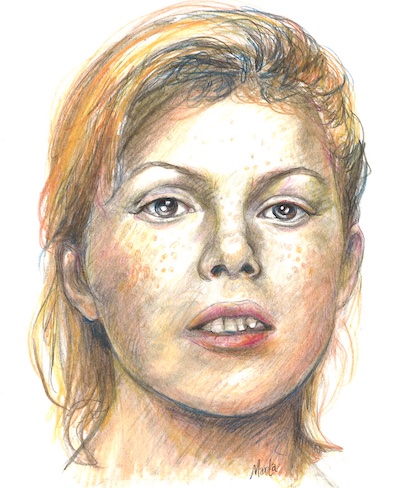 In 2015, the case was reassigned again, and a GBI forensic artist did new clay renderings and composites of the victim for an age progression. The GBI contacted the FBI about the possibility of using advanced DNA testing to build a genealogical profile that might be able to generate new leads in the case. Evidence was sent to Othram, where a DNA extraction was performed, followed by Forensic-Grade Genome Sequencing®. After successfully building a comprehensive genealogical profile, Othram scientists returned the profile to agents from the Atlanta and Baltimore FBI offices and the FBI genealogy team performed a genealogical search and did the necessary research and tree building to identify distant relatives that eventually traced back to the female homicide victim's identity.

Additional investigative work confirmed the identity of Rising Fawn Jane Doe as Stacy Lyn Chahorski. Stacy had been reported missing since September 15, 1988. It was reported that the last time Stacy spoke to her Mother by telephone she told her she was in North Carolina and was going to be traveling to Flint, Michigan and then to Muskegon, Michigan. She would have been 52 today.

Stacy was buried in a Dade County cemetery. Her body will be reunited with her family and now, through a joint investigation, the search for Stacy’s killer will continue. Anyone with information can submit anonymous tips by calling 1-800-597-TIPS(8477), online at https://gbi.georgia.gov/submit-tips-online.
Help fund another case Your contributions pay for lab supplies and research tools