The young woman, unidentified for 40 years, is now known to be Brenda Sue Black

In April 1981, the skeletal remains of a young woman were found off I-80 near Route 30 in New Lenox, Illinois. The cause of death was unclear. However, there was no clothing found at the scene and investigators believe the body was intentionally placed where it was found. The young woman was described as caucasian, blonde, standing at around 5’5", and estimated to be between the age of 23-40 years old at the time of her discovery. 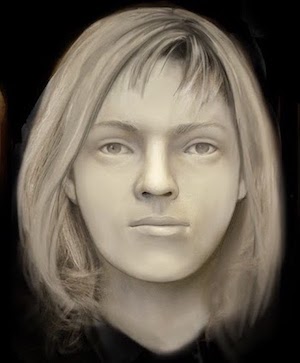 There was evidence of an antemortem nasal fracture, signifying a recent break prior to the young woman’s death. It is estimated that she likely died a year prior to her discovery. The young woman's case was entered into NamUs as UP3153 and standard analysis of STR markers and dental records was performed. Unfortunately these methods did not yield an identity. A forensic facial reconstruction was developed in hopes that someone might recognize the young woman. There were other few clues recovered from the scene and since then, all leads have been exhausted. Over the years, many missing women have been ruled out as a DNA match and the case eventually went cold.

In 2021, The Will County Coroner’s Office engaged Othram to leverage advanced forensic DNA testing to generate new leads that could help identify the young woman or a family member. Skeletal remains were sent to Othram's laboratory and Othram scientists used Forensic-Grade Genome Sequencing® to develop a comprehensive DNA profile for the unknown woman. Othram's in-house genealogy team built out family trees and search family records to produce investigative leads that were then returned to law enforcement investigators.

Investigators continued their investigation and were able to confirm the investigative leads provided by Othram. The young woman found in New Lenox, Illinois was, in fact, Brenda Sue Black. According to NamUs, Brenda was originally from Vandalia, OH but moved to California after high school. Her family had not seen her since about 1980 or 1981. Brenda would have been about 26 years old at the time of her death. She was reported missing and entered into NamUs as a missing person as MP28777.

An investigation into the circumstances of her death continues. If anyone has information that could aid this investigation, they are encouraged to contact the Will County Coroner’s Office at 815-727-8455.