After more than four decades, and attempts by several DNA testing labs, Ralph Tufano has been successfully been identified. 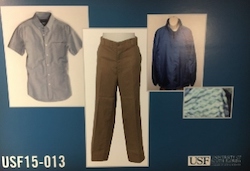 In 1979, while conducting a controlled burn in High Springs off of County Road 236 near I-75, an employee with the Florida Division of Forestry discovered a skeleton in the woods and a nearby noose. There was no identification with the remains and little evidence left to go on to determine his identity other than to say he was likely a white male. The field of forensic DNA testing had not yet been developed and he did not match any known missing person cases in the area. 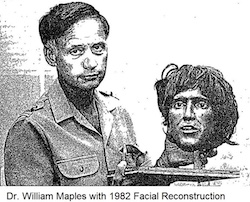 In 1982, Dr. William Maples, forensic anthropologist, then curator at the Florida State Museum, and later founder of the CA Pound Human ID Lab at the University of Florida, worked to help put a face to John Doe by analyzing the bone structure and hair that remained. He was able to determine the man was around 5’5” tall and had blond or red hair. Forensic artist Betty Pat Gatliff painstakingly created facial reconstruction from the skull in hopes of aiding in the identification, but our John Doe remained a mystery.

In 2015, the Alachua County Sheriff’s Office partnered with the University of South Florida, using 3D photography to recreate Doe’s appearance. In 2018, after forensic DNA testing had been well established, the deteriorated remains were sent to a lab for the extraction of genetic material in hopes of obtaining enough of a viable sample of genetic material to build a DNA profile that could be used for forensic genetic genealogy. Despite the efforts of several labs, no one was able to obtain a usable DNA profile. This can occur when the DNA is degraded, damaged or burdened by non-human DNA, such as bacteria. All of these factors affected this case for the unidentified man found in the woods long after he had passed away. Fortunately, the partial DNA markers did provide some answers, as we learned that the man was of Spanish or Italian decent, based on what could be analyzed.

In 2021, Cold Case Examiner Kevin Allen sent the still unidentified remains to a newer forensic lab in Texas named Othram. Othram is the world’s only forensic lab purpose-built to combine genome sequencing with human remains identification. Othram was able to build a comprehensive DNA profile for a genealogical database search using a proprietary DNA testing process called Forensic-Grade Genome Sequencing®. This process is especially optimized for challenging forensic evidence that has been impacted by degradation, damage and non-human DNA. In early 2022, Othram’s team used the DNA profile to identify a genetic match estimated to be between a second to fourth cousin to our unknown man. 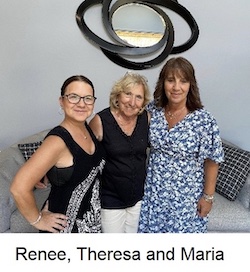 With these investigative leads as a starting point, Cold Case Homicide Investigator Kevin Allen sent the information to volunteer genealogist, Misty Nall, and Captain Kaley Behl. Ms. Nall is passionate and dedicated in her efforts to solve cases related to genetic genealogy. Within hours of obtaining the data, Ms. Nall was able to correctly identify Ralph Tufano as missing person case from New York. Captain Behl reached out to the family, which included Mr. Tufano’s sister, Theresa Narbut, as well as Mr. Tufano’s children Maria and Renee, who were just children at the time of their father’s disappearance in 1976. After obtaining a DNA sample from Mr. Tufano’s sister, we were finally able to confirm that John Doe and Ralph Tufano were one and the same person.

It took the collaborative efforts of a number of agencies, family members, volunteers as well as time, tenacity and some cutting-edge forensic DNA technology to bring this case to a successful conclusion, however UP5286 - Alachua County John Doe is now identified and can be returned to his family.

Some details of the case may never have answers. We do not know yet what led Mr. Tufano to travel to North Central Florida or what led to his ultimate demise. But restoring Mr. Tufano’s identity was a labor of love and a reminder to continue pursuing cold cases until answers are found. Finally, his family will now be able to bring Mr. Tufano home and we were able to provide some closure that they had been searching for so long. 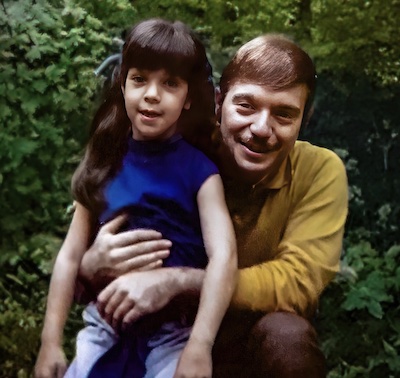