In June 1979, the remains of an unidentified woman were discovered alongside U.S. Highway 290 east of Elgin, Texas. The discovery was made by law enforcement officers passing by. Investigators determined that the unknown woman was Caucasian and between the ages of 17 and 40 years old. She is estimated to be between 5’ and 5’ 2” tall and to have weighed between 90 and 130 pounds. Her hair was likely brown but investigators were not able to determine eye color. When she was discovered, the woman was wearing a white pullover shirt with red trim around the neck, and dark colored blue jeans with no label. The shirt bore a label of the "Evian JRS" brand. The blue jeans had a tag that read "styled in California, size 13-14."

The woman’s cause of death could not be determined at the time because of advanced decomposition. It is estimated that she died four to six weeks prior to the discovery of her remains. Officials think that the woman may have been struck by a car on US 290, between the towns of Bastrop and Elgin, Texas.

Over the past four decades since the discovery of the woman’s remains, investigators have explored numerous leads but no one has been able to identify the woman. In May 2019, nearly forty years after the discovery was made, a documentary filmmaker contacted the Sheriff’s Office regarding a possible connection between the 1979 Jane Doe and a serial killer Henry Lee Lucas. 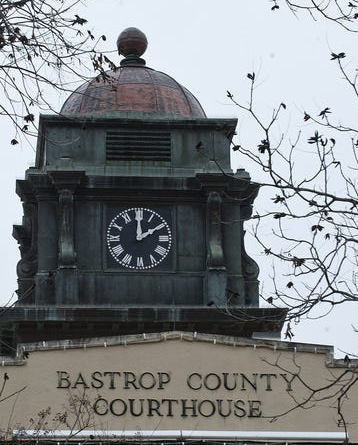 Also in 2019, Investigators from the Bastrop County Sheriff’s Office worked to exhume the woman's remains in hopes that newer DNA technology could be used to generate investigative leads that might point to her identity or the identity of a close relative. Prior to the exhumation, Investigators entered the case into the NamUs database as #UP57657. The exhumed remains were transported to the University of North Texas (UNT) for DNA analysis. Upon the completion of the extraction of DNA from the remains, the UNT laboratory used the sample to compare against missing person files in NamUs. In September 2019, Investigators received notification from UNT that the DNA comparisons had been completed on the case and that currently, there was no match with any profiles in the CODIS database. The case once again went cold. In september 2022 a second exhumation was done with the Texas state anthropology unit.

In 2022, the Bastrop County Sheriff’s Office partnered with Othram to determine if advanced DNA testing could help establish an identity for the woman. Law enforcement officials also want to rule out the possibility that her death was linked to serial killer Henry Lee Lucas, who had previously confessed to the woman’s murder.

Anyone with information regarding the identity of this woman or the incident is encouraged to contact the Bastrop County Sheriff’s Office at 512-549-5100 and referencing case 79-06-000688 now that a profile has been completed.