After 32 years, the victim of a 1990 cold case homicide has finally been identified as 28-year-old Donna Sue Nelton

On May 7, 1990, the remains of a female were located in the remote area of Maysville. The Benton County Sheriff’s Office was called to investigate and the manner of death was determined to be a homicide. After investigation, the identity of the victim remained unsolved and the case went cold.

On October 8, 2008, remains of the victim were sent to the University of North Texas in an attempt to develop a DNA profile. A mitochondrial DNA profile was developed. On December 4, 2008, a case entry was created in the National Missing and Unidentified Persons Database (NAMUS) as UP2847.

On November 18, 2017, Lieutenant Hunter Petray began a case review to determine the best options for identifying the victim. Dental records from the victim were compared against numerous other known missing individuals with no success. On January 9, 2019, Lieutenant Petray contacted the Arkansas Crime Lab in reference to resubmitting evidence in this case for further testing. The Crime Lab was willing, but noted they had little hopes of developing a profile in this case. On March 28, 2019, Lieutenant Petray contacted the Arkansas Crime Lab and inquired about using genealogy in cold cases. The Crime Lab advised they did not but that a private lab could possibly help.

On March 19, 2021, Captain Thomas See and Lieutenant Hunter Petray met with Othram, Inc. After meeting with Othram, the Benton County Sheriff’s Office communicated with the Benton County Prosecutor’s Office in an effort to help facilitate this advanced testing through Othram. On April 22, 2021, Lieutenant Petray requested the Arkansas Crime Lab ship testable portions of the remains to Othram for testing. On September 23, 2021, Othram was able to develop a DNA profile on the victim. With the victim’s DNA profile finally developed, the science known as “genetic genealogy” was implemented in hopes of finding a relative. On August 11, 2022, Othram's in-house genealogy team was able to identify a distant familial relative in this case.

On August 13, 2022, Lieutenant Petray was able to make contact with the identified relative. Upon speaking and gathering information from the relative, they were unaware of anyone missing in their immediate family. However, they were able to provide a family history including names of close relatives. On August 27, 2022, Lieutenant Petray, with the family history provided, was able to locate a family member who confirmed that they had a family member missing. On September 28, 2022, DNA from the possible relative was collected and compared with the DNA of the unidentified victim. Results indicated a genetic match between the two individuals. 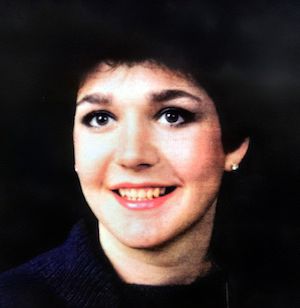 Through further investigation, Lieutenant Petray has been able to determine that Donna Sue was last seen in the fall of 1989. Federal authorities had been investigating her boyfriend at the time, George Alvin Bruton, for various offenses. Bruton had spent time on the FBI Most Wanted list for three months in 1979 after taking two families hostage and wounding two officers in Utah. He was also implicated in several murders in the Kansas City area and had numerous convictions for bank robbery, burglary, and auto theft. He was wounded and captured in 1980 after a shootout in Fort Smith.

After being paroled from prison in 1988, Bruton again came under investigation in July 1989 for numerous crimes. In September 1989, Bruton and another associate were seen disposing of black trash bags into a dumpster in North Kansas City. FBI Agents retrieved these bags and located a large amount of Donna Sue’s personal effects. Donna Sue’s vehicle was later located inside a storage unit used by Bruton.

On April 6, 1990, Bruton was arrested on parole violation and indicted on drug charges after being identified as the alleged leader of a multistate drug ring. In July 1990, a source informed a Federal Agent that Bruton had mentioned killing a female named “Donna” over threats to expose his drug and theft operations. Donna Sue’s remains were reported to be on land owned by Bruton in Ozark County, Missouri. Federal Agents completed a search warrant for the land, but after four days of searching, Agents were unable to locate anything. Bruton was eventually sentenced to life in prison on drug related offenses.

According to family, both Bruton and Donna Sue were known to pass through Benton County on occasion. They were also known to visit an RV park, known as the Pine Island Resort located in Jay, OK. A Pine Island Resort flyer was located in 1990 at the crime scene in Maysville. George Alvin Bruton died in Federal prison in 2008.

With this new information developed, this case will be finally be closed. However, if anyone has new information regarding this case, please contact Lieutenant Hunter Petray at hunter.petray@bentoncountyar.gov or the Benton County Sheriff’s Office Criminal Investigation Division at 479-271-1009