Unidentified for 44 years, Beth Doe is now known to be Evelyn Colon and her identification has led to the arrest of her killer

In December 1976, a teenager out for a walk along the Lehigh River in Carbon County, Pennsylvania discovered a dismembered human head and immediately returned home and notified authorities. Pennsylvania State Police and the Carbon County Coroner responded to the scene. Three separate suitcases were located, all containing dismembered remains of what appeared to be a young white female and her unborn, full-term baby girl. Found inside the suitcases were six sheets of paper from the September 26, 1976 edition of the New York Sunday News, helping date the crime.

Forensic Pathologist Dr. Halbert Fillinger from the Philadelphia Medical Examiner’s Office completed the autopsy on the female. Eventually known as "Beth Doe", the young woman was estimated to be between the ages of 16-22, around 5 feet tall and 145 lbs at her time of death. She had distinct dental work, a couple small markings, and two distinct facial moles. Investigators determined that she was was sexually assaulted, strangled, and shot a close range. She was dismembered, postmortem.

The Pennsylvania State Police conducted an extensive investigation trying to identify Beth Doe and her child. She was entered into all available national missing person databases, NCIC, NamUs, and ViCAP. NCMEC intaked this case in 2002 at the request of the PSP. Over the years NCMEC helped process over 29 leads to missing persons enhancing lead information through ASD’s analytical resources and securing forensic comparisons through FSU. The female’s fingerprints had been sent to multiple state and national databases during the initial investigation and uploaded into NGI in 2017. In 2007 authorities exhumed her remains so additional biometrics could be obtained and advanced technologies be applied. Dental records were examined and coded and in 2013 FSU worked with the American Dental Association and had the case featured in their newsletter hoping to generate leads. In 2008 full DNA profiles for the female and baby were uploaded into CODIS through UNT. No matches to dentals and no hits to her fingerprints or DNA. Multiple forensic facial reconstructions failed to produce leads to her identity as well.

In 2020, the Pennsylvania State Police worked with NCMEC to leverage advanced DNA testing to help produce leads that could identify Beth Doe or a close relative to her. NCMEC engaged DNA Labs International to produce a DNA extract from skeletal remains from the case. In November 2020, the DNA extract was sent to Othram. The Othram team used a combination of Forensic-Grade Genome Sequencing® and proprietary human enrichment to produce a genealogical profile for Beth Doe. 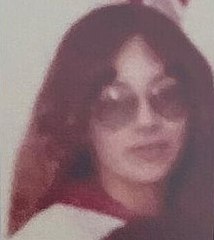 In February 2021, Othram returned the genealogical profile to NCMEC and DNA Labs International. They identified a top match in a genealogical database with over 1700cM of shared DNA to Beth Doe. Investigative work by the Pennsylvania State Police revealed the very close match to be that of Luis Colon Jr., a nephew to Beth Doe. Luis confirmed that his father’s sister, Evelyn Colon, had not been heard from since the mid-1970s. Incredibly, Luis had uploaded his DNA profile to many genealogical databases hoping to reconnect to Evelyn.

After 44 years, and thanks to data uploaded by Luis and the efforts of so many groups, working as team, Beth Doe was identified as fifteen-year-old Evelyn Colon. Colon, a Puerto Rican native, had been living in Jersey City, NJ with her boyfriend/father of her child prior to her death. The boyfriend, Luis Sierra, was arrested in March 2021 and charged with the homicide.