After nearly four decades, James Frederick Wilson has been arrested for the sex assault and attempted murder of a woman

On March 24, 1984, at approximately 8 p.m. near the 4000 block of Wellington Drive, Columbia, a woman encountered an unknown man while walking to work on Wilkes Boulevard near Providence Road. The female victim told officers they were abducted at knifepoint by the unknown man. The man drove the victim to the dead-end of Wellington Drive where he parked his car and then raped the victim. After the sexual assault, the he attempted to murder the woman with a knife. The woman sustained serious life-threatening injuries as a result.

The assailant attempted to discard the victim’s body in a nearby creek. The victim laid still in the creek until they were able to seek help.

Officers with the Columbia Police Department arrived and took the victim to the hospital where they were stabilized. During the investigation, the professional staff of the University of Missouri Hospital collected a sexual assault nurse examiner (SANE) kit from the victim.

The men and women of the Columbia Police Department worked on this case for many years. Despite pursuing every lead available, the suspect remained unidentified.

In March 2020 this case was assigned to Detective Renee Wilbarger, one of the Department’s sharpest cold case investigators. Detective Wilbarger examined this case carefully to ensure all the evidence had been examined under the lens of modern forensic methods.

In February of 2021, the DNA evidence from the case was sent to Othram Inc., and Othram scientists used Forensic-Grade Genome Sequencing® to develop a comprehensive genealogical profile for the unknown male suspect. Sorenson Forensics previously developed a DNA extract from the sex assault kit that was collected years earlier. They also developed an STR profile but there was no match in CODIS. 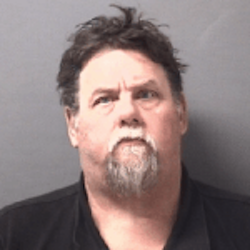 With the assistance of the NCSBI, Detective Wilbarger matched DNA from Wilson to the suspect DNA collected in 1984 using confirmation DNA testing at Sorenson Forensics. In October 2022, the Columbia Police Department and North Carolina State Bureau of Investigation (NCSBI) arrested James Frederick Wilson, 59, at his home in Mooresville, North Carolina. Wilson was arrested for forcible rape with a weapon and first-degree assault with a deadly weapon. His arrest brings an end to a 38-year-long investigation into the rape and attempted murder of a Columbia resident in 1984. Wilson is being held at the Iredell County Jail in North Carolina with a $1 million bond.

The Department has established a tip line for this investigation. Anyone with information regarding this case can email ColumbiaPoliceTipline@Como.gov or call 573.874.7400 to leave a message.