In December 1993, landscape workers in Centreville, Virginia discovered a woman’s skeletal remains in a shallow grave. The woman’s skull was the first thing that the workers noticed before uncovering the rest of the woman’s remains, along with multiple articles of clothing and accessories. Investigators estimated that the woman, who was determined to be Caucasian, had been dead for several years prior to the discovery. 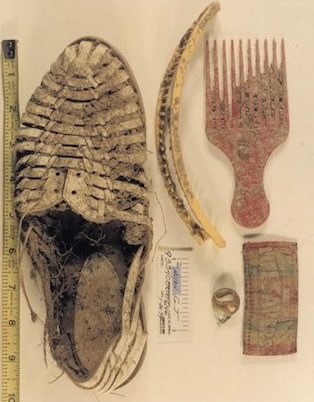 Investigators were able to determine that the unknown woman was between 27 and 34 years old and stood between 5’ and 5’3” in height. Her hair was described as fairly thick, and dark blonde to light brown in color. Investigators also noted that the dental care that the woman had received was relatively poor, as many of her teeth were in an advanced state of decay. Additionally, several discs in her back were herniated.

There has been strong national and local interest in identifying the woman over the decades since her remains were discovered. Many news outlets covered the grisly finding and subsequent investigation. The case was featured on the inaugural episode of The New Detectives, which aired in 1996. The forensic reconstruction was also shown on display in the Fairfax County Sheriff's Office on Cold Case Files in the episode titled "A Knock at the Door."

For decades, law enforcement diligently pursued various leads about the woman's identity. Her body was examined by Smithsonian anthropologists, and in 2011, the case was entered into the National Missing and Unidentified Persons System (NamUs) as case number #UP8493. Despite their exhaustive efforts, the woman’s identity has remained a mystery. With few leads for investigators to pursue, the case eventually went cold.

In 2022, the Fairfax County Police Department partnered with Othram to determine if advanced forensic DNA testing could help establish an identity for the woman or a close relative. The investigation continues as Othram begins to build a comprehensive genealogical profile for the woman. Anyone with information that could aid in this investigation is encouraged to contact the Fairfax County Police Department by calling 703-246-7511 and referencing agency case #1993-3400646.

A DNASolves crowdfund has been created to raise funds for the remaining casework costs. Anyone can contribute here.