After more than 25 years, an unknown man found in wooded area in Moss Point is now known to be 47-year-old William P. Leech of Panama City, Florida 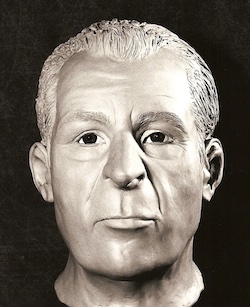 In June 1996, the skeletal remains from an unknown man were found in a wooded area near Moss Point, Mississippi. Although investigators found some clothing near the recovered remains, there were no identifying documents or clues as to who the man was. Based on the partial skeletal remains, investigators were able to estimate that the man was 45-60 years of age, at the time of death. He was determined to be 5'10" tall but his weight could not be estimated. He was thought to have brown hair. The case was entered in NamUs as UP869. However with few leads to go on, the case eventually went cold.

In 2021, the Mississippi Office of the State Medical Examiner and Moss Point Police Department teamed with Othram to use Forensic-Grade Genome Sequencing® to help generate new leads that might identify the unknown man or a member of his family. Skeletal remains were sent to Othram’s laboratory, and Othram scientists developed a suitable DNA extract through multiple rounds of DNA extraction and enrichment. Once the DNA extract was developed, a comprehensive DNA profile was produced to enable genealogical research. The funding to support this case was provided by Mississippi native and philanthropist, Carla Davis. Carla also executed the genealogical research necessary to generate investigative leads for the agency. Investigators used the leads to complete their own investigation and confirm that the unknown man was in fact, William P. Leech of Panama City, Florida. He was born in 1948 and would have been 47 at the time of his death.

An investigation into Leech's death continues. We will post updates to this page as more information becomes available.