Othaniel Philip Ames, previously known as Stilly John Doe, was born in 1898 and died in 1980, but was unidentified for more than 40 years after his death.

On July 23, 1980, a fly fisherman discovered human remains in the Stillaguamish River in Arlington, Washington, about a half mile west of Interstate 5. Dr. Clayton Haberman, a local pathologist, performed an autopsy and determined that the decedent did not have any apparent trauma. Dr. Haberman also found no evidence of drowning. However, there was severe coronary artery disease present, leading the cause of death to be classified as “Undetermined” with an “apparently natural” cause. But they did not know who the man was.

Dr. Haberman determined the decedent to be a male, about 5ft 7in tall, around 150 lbs. with gray hair. An age estimate was not given. A local dentist, Dr. Keith Leonard, performed postmortem dental charting for comparison to known missing persons. After being unable to identify the decedent, he was buried on August 15, 1980 by Weller Funeral Home at the Arlington Cemetery. Burying the identified after an unsuccessful attempt at identification was a common practice at the time. However, the SCMEO no longer buries people until they are definitively identified.

In 2008, Snohomish County Sheriff’s Office (SCSO) Detective Jim Scharf with the SCSO Cold Case Team, along with retired Snohomish County Superior Court Judge Ken Cowsert, began reexamining old unsolved homicides and unidentified persons cases in the county. The improvement of DNA technologies gave them hope that exhuming unidentified bodies may lead to the collection of a DNA profile that could be used to identify decedents. They were right.

In December 2017, the decedent was exhumed and named “I-5 Stilly Doe.”

In May 2018, SCMEO entered the decedent into the National Missing and Unidentified Person System (NamUs) and forensic odontologist Dr. Gary Bell performed more postmortem dental charting & radiographs. The resulting radiographs & charts were uploaded to National Crime Information Center (NCIC) and NamUs in hopes of matching with a known missing person. The case was entered into NamUs as UP17865. 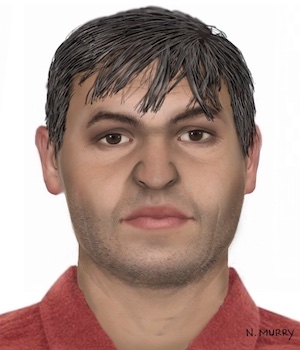 In September 2018, the late Dr. Kathy Taylor, who was the WA State Forensic Anthropologist, performed an exam of the remains and estimated the decedent to be an adult male, likely Caucasian, and possibly Hispanic or Native American. She estimated “I-5 Stilly Doe” to be between 5ft 5in and 5ft 9in and between 45-59 years old when he died. Again, no perimortem trauma was discovered, though there was evidence of well-healed rib and spinal compression fractures. In September 2018, a section of the decedent’s femur was sent to the University of North Texas Health Sciences Center for DNA extraction. A sample was successfully obtained and uploaded to the Combined DNA Index System (CODIS) in March 2019. Unfortunately, no matches were made as a result. From 2018 to 2021, the SCMEO Investigators, primarily Jane Jorgensen, ruled out numerous reported missing persons via circumstances, DNA comparisons, and dental comparisons.

In 2021, SCMEO began collaborating with Othram on this case to obtain advanced DNA profiles suitable for genetic genealogy. The casework for Stilly John Doe was funded by the DNASolves community and we are very appreciative for everyone's support. In July 2021, Othram successfully obtained a suitable forensic DNA extract after multiple rounds of extraction and human enrichment. Othram used Forensic-Grade Genome Sequencing® to develop a comprehensive genealogical profile. Biogeographical analysis of the DNA profile revealed the decedent to be Caucasian. SCMEO uploaded this profile to genealogical databases, where a few very distant matches in the 5th-7th cousin range were identified, allowing Deb Stone with Kin Forensics to begin the genetic genealogy investigation. Deb Stone was able to triangulate the different matches and build additional lines back to common ancestors.

It is extremely satisfying to be able to reunite Mr. Ames with his family. We are extremely grateful to our partners who helped us solve this mystery.

-Jane Jorgensen, SCMEO Lead Medical Investigator
Deb Stone identified a possible matching set of great-great-great grandparents who had descendants in WA state. Deb Stone then spoke with a relative who mentioned an uncle, Othaniel Philip Ames, who went missing from Arlington in 1980 at the age of 82. Othaniel either hadn’t been reported missing or was reported missing but his records had been lost.

Othaniel’s granddaughter agreed to DNA testing that confirmed that “I-5 Stilly Doe” was in fact Othaniel Philip Ames.

Othaniel moved to Washington in 1951 with his wife and children. He worked at a paper mill and had a small dairy farm in Arlington. He was also a woodworker and a winemaker. In the early 1960s, Othaniel and his wife separated. Othaniel moved to a small cabin in the woods of Arlington. He was last known alive in early 1980, after telling relatives he was traveling to Oregon and California to visit relatives.