In 1996, Maine State Police began investigating a sexual assault of a 21-year old woman, who was attacked in her own apartment in Hancock County, Maine. During the investigation, DNA from an unidentified male was collected from the apartment that the assault occurred in. Using an STR profile developed from the crime scene, the unknown assailant was connected to at least four other assault cases. In August 2022, an arrest warrant was issued for “John Doe.” specific to the 1996 case.

In addition to the Maine State Police, several other agencies were involved in this long running investigation. They include the Hancock County Sheriff’s Office, Maine Marine Patrol, and the Hancock DA’s office. Many leads were pursued and many persons of interested were excluded as suspects based on DNA testing but the serial predator for these crimes was never identified.

In 2022, the Maine State Police tried, for the first time, to leverage advanced DNA testing and Forensic Genetic Genealogy to identify the unknown serial predator. Forensic DNA evidence was sent to Othram. Othram scientists used Forensic-Grade Genome Sequencing® to develop a comprehensive DNA profile for the suspect and Othram's in-house genealogy team performed the genealogical research for the case. 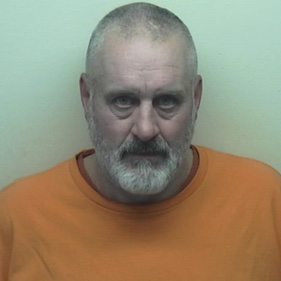 Investigative leads were returned to Maine State Police detectives and the investigation continued. Detectives were then able to confirm 56-year-old Jason Follette as the suspect in the 1996 sexual assault. Follette is further suspected of attacking multiple other woman. The trauma of those attacks still affect the victims to this day. The identity of the female victim in the 1996 case has been withheld for privacy as she survived the attack. Today she is 47 years old.

Follette was arrested at a pier in Gouldsboro in November 2022. So far, he has been charged with one count of gross sexual assault. This is the first sexual assault case solved in Maine using Forensic Genetic Genealogy. This case page will be updated with more details as soon as more information becomes available.