After more than four decades, Long Beach John Doe is now known to be Kenneth Nevada Williams, a 15-year-old who had run away from his home in the City of La Puente in 1978

On June 3, 1978, the body of an unidentified male was found lying on the pavement of Division Street, east of Corona Avenue in Long Beach. The victim had succumbed to his injuries and was determined deceased at the scene. LBPD Homicide Detectives responded to investigate the incident. The victim became known as “John Doe 1978” as a result of his identity being unattainable, however, he was believed to have been between 15 and 19 years old.

Over the last four decades, several generations of LBPD Homicide Detectives diligently worked the case, even expanding the investigation internationally to other countries in their attempt to identify the victim. Despite their hard work, all investigative leads were ultimately exhausted, and the case went cold.

For the last forty years, there was circumstantial evidence that potentially linked convicted serial killer Randy Kraft to “John Doe 1978’s” death; however, Kraft was ultimately ruled out as a suspect.

As the years passed, advances in investigative genealogy made it possible for detectives to develop new investigative leads, thereby reigniting the investigation. Through partnerships with statewide and national organizations, Homicide Detectives were able to have a DNA sample of “John Doe 1978” created for investigative genealogy. Badly degraded and chemically damaged skeletal evidence was sent to Othram's lab in The Woodlands, Texas. This skeletal evidence had failed prior attempts, but Othram was able to develop a suitable DNA extract for testing. Othram then used Forensic-Grade Genome Sequencing® to build a comprehensive DNA profile from the skeletal remains and this DNA profile was returned to FBI investigators that then used the profile in a genealogical search. A close relative match enabled investigators to narrow the search to a candidate family member. 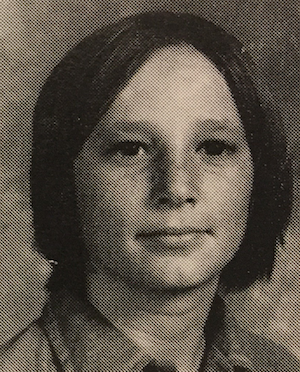 In September 2022, the investigative leads assisted in identifying “John Doe 1978” as Kenneth Nevada Williams, a 15-year-old male who had run away from his home in the City of La Puente in 1978. Williams was never reported missing. Homicide Detectives were successfully able to locate and contact Williams’ family members and subsequently confirm his identity.

"A teenager who went missing in the 1970s has been known only as "John Doe" for decades until recent technology and dogged investigators led to his true identity," said Donald Alway, the Assistant Director in Charge of the FBI's Los Angeles Field Office. "Justice delayed doesn't have to be justice denied in this case. Kenneth Nevada Williams is now a known victim and identifying his killer is the next step in solving this case."

Without the assistance of investigative genealogy, Kenneth Williams may have never been identified, however, his story is far from over. The person(s) responsible for his murder are still outstanding and must be identified to be held accountable for their crimes so that Kenneth Williams and his family will get the justice they have long deserved.

The Long Beach Police Department is seeking the public’s help in developing investigative leads that result in the identification of the suspect(s).