Found in 2012, Luzerne Jane Doe is now known to be 14-year-old Joan Dymond, missing from Andover Street Park since 1969 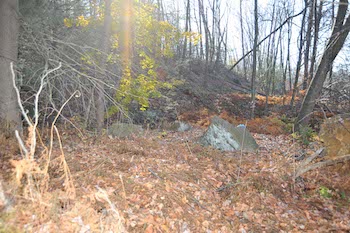 In November 2012, the skeletal remains of a young woman were found on Alden Mountain Road in Newport Township, Pennsylvania. The discovery was made near an old mine shaft by individuals searching for relics. The young woman, also known as as Jane “Newport” was estimated to be in her mid-teens to early 20’s, and investigators determined that she likely died of suspicious or “foul play” circumstances. Lab results indicated a high probability she died in the late 1960s.

The Criminal Investigation Unit at PSP’s Shickshinny station submitted the victim’s DNA profile to national databases for comparison to other profiles on record but no matches were found. The case was entered in the National Missing and Unidentified Persons System (NamUs) as UP10836.

In 2022, skeletal remains from the unknown young woman were sent to Othram. Othram scientists used Forensic-Grade Genome Sequencing® to develop a comprehensive DNA profile from the degraded skeletal remains. Othram's in-house genealogy team used the profile in a genealogical search to generate investigative clues to the young woman's identity. The funding for Othram's laboratory and research efforts was funded by the Luzerne Foundation and the Othram team is grateful for their support in working this challenging case.

After 53 years, the family of Joan Marie Dymond very much deserves closure. We will do everything in our power to see that they have it.

-Captain Patrick Dougherty, Commanding Officer, PSP Troop P
Othram provided the Pennsylvania State Troopers with a possible family member and a follow up investigation, along with additional DNA testing, confirmed that the remains found in 2012 belonged to Wilkes-Barre teenager Joan Marie Dymond. Joan was only 14 years old when she disappeared from the Andover Street Park on June 25, 1969.

“We never stopped pursuing answers, and this investigation remains very active,” said Captain Patrick Dougherty, commanding officer of PSP Troop P. “After 53 years, the family of Joan Marie Dymond very much deserves closure. We will do everything in our power to see that they have it.”

Although Joan Marie Dymond’s remains have been identified, PSP is asking for the public’s help to find the individual responsible for her death. Anyone with information regarding her disappearance should call the Shickshinny station at 570-542-4117.