In January 1989, Dallas Police Department Patrol Officers were dispatched to 411 North Frances Street in Oak Cliff. Upon their arrival they were met by several people, including a family member of Mary Hague Kelly, who had stopped by Mary's home to check on her. When he was unable to get Mary to answer the door, he feared that she might be sick or injured so he used his personal key to enter the residence. After entering the residence, he discovered Mary unresponsive. The Dallas County Medical Examiner's Office, conducted an autopsy and ruled the death a homicide due to strangulation. Detectives also determined there were several items missing from Mary's home which indicated burglary took place in addition to a homicide, however there were no signs of forced entry.

Several persons of interest were interviewed and prints were submitted for comparison. Ultimately the comparisons revealed no one matched the evidence at the crime scene. The case information was submitted to the FBI's Violent Criminal Apprehension Program (VICAP) system in hopes of finding any other possibly related cases. Pawn shops were contacted throughout the city to check for stolen items missing from Mary's home. 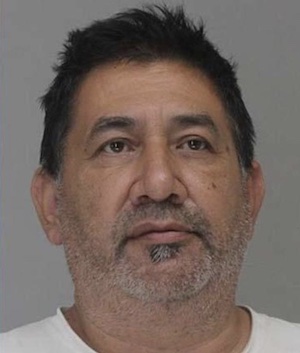 Without witnesses to the crime and with all leads exhausted, the case eventually went cold. In November 2021, the Dallas County District Attorney's Office teamed with Othram to see if advanced DNA testing could provide new leads in the 1989 case. Forensic DNA evidence from the crime scene was sent to Othram and Othram scientists used Forensic-Grade Genome Sequencing® to develop a genealogical profile from DNA evidence. Othram's in-house genealogy team used the DNA profile to perform a genealogical search and were able to produce investigative leads that were submitted back to the Dallas County District Attorney's Office.

The Dallas County District Attorney's Office, working with the Dallas Police Department continued the investigation and eventually identified 53-year-old David Rojas as the suspect in the murder of Mary Hague Kelly. In July 2022, he was arrested and charged with capital murder.

…working with Othram and Season of Justice became a no-brainer. Their results across the country speak for themselves.

-Leighton D'Antoni, Dallas County ADA
"My job is to aggressively pursue justice in a responsible and ethical manner. Sometimes that requires us to go outside traditional investigative methods to solve our most difficult cold cases. As soon as we discovered the investigative breakthrough potentials FGG offered, working with Othram and Season of Justice became a no-brainer. Their results across the country speak for themselves.

In the last 33 years, countless people have put in hundreds of hours of investigative work on the Mary Kelly cold case murder. But at the end of the day, it was Othram that solved this difficult case. Othram performed the necessary forensic testing and was able to put those results to work identifying our suspect. This case does not get solved without them."

Hoping this is just the tip of the iceberg. #FGG is the wave of the future to solve countless cold cases.

The investigation is ongoing and we will provide more details and updates about the case as they become available.