A young child is sexually assaulted and murdered in 1974. Decades later, local and federal investigators team up to identify the predator responsible.

Siobhan McGuinness was a bright and energetic 5-year-old girl living in Missoula, a beautiful and quiet community in western Montana. One evening in early 1974, the tranquility of this peaceful community was shattered when Siobhan disappeared while walking home from her friend’s house. Search parties combed the area throughout the night, but as the hours passed, hope of finding the little girl faded. Siobhan’s body was found two days later stuffed into a snowy culvert; she had been sexually assaulted and stabbed to death. It was snowing that night and the snow covered covered tracks and other clues that might have helped trace who was behind the brutal crime.

In 2020, the Missoula County Sheriff’s Office and Missoula Police Department teamed with FBI Division Counsel Steve Kramer and FBI Special Agent Steve Busch, the nation’s top law enforcement experts on new DNA technology that helped identify the Golden State Killer (see my interview with Paul Holes ). Joining Kramer and Busch, were Susan Lane and Diana Parker. They are Special Deputies with the Missoula County Sheriff’s Office Cold Case Investigations Team. Lane and Parker are also retired federal agents. Parker is a retired Special Agent from FBI and Lane is a retired Special Agent from DHS Homeland Security Investigations. This is an investigative dream team. Laboratory testing scales easily, but investigations do not. Its critical, in the future, for law enforcement to develop capabilities for forensic genealogical investigative work. Its the only way to scale this technology for all cases.

Back to the case, we were fortunate, after 46 years, that there was remaining DNA evidence from the crime scene. I have written about how Othram accesses genetic information from evidence that has failed other methods — evidence that has been deemed “unsuitable for analysis”. Othram excels especially in older cases and I recently shared how we helped NCMEC solve their oldest announced case . We also helped make an ID from about 20 human cells , the least amount of DNA used in an announced forensic genealogy case. For this case, some of the DNA evidence was tested elsewhere with a non-forensic method and the evidence was consumed and the laboratory test failed! Special Deputy Susan Lane explained to me:

With cold cases, no matter how well the evidence has been preserved or stored, you can still run into issues with degraded or contaminated DNA, and that is what we faced in the McGuinness case. The initial processing, using standard procedures, resulted in a profile that we were not able to use for genealogy.

This is unfortunately very common. For medical and consumer testing, labs can generally assume they will work with high quantity, high quality, single source DNA. In forensics, its hard to make any assumptions. Most of the time, crime scenes have small quantities of DNA, the DNA is heavily degraded and is contaminated with non-human sources. Sometimes there are mixtures of DNA from multiple persons — such as in a sex assault where there could be DNA from the perpetrator and the victim. Not surprisingly, the process for testing and analyzing forensic DNA evidence is very different than what you would need for medical or consumer applications.

Law enforcement sent evidence to Bode Technology for DNA to be extracted. Bode identified the best way to sample clothing that had been found in challenging, wet and cold environments. Despite the case being decades old, Bode was able to successfully extract DNA for additional testing. Knowing that there was little DNA available — less than half of a nanogram — they reached out to Othram. The challenge with the DNA in the Siobhan McGuinness case is that it was old and degraded, and it was low quantity. These properties will make this sort of evidence inaccessible to other forensic labs, but at Othram we use Forensic-Grade Genome Sequencing® and this allows us to build DNA profiles from subnanogram quantities of even the most challenging DNA evidence.

FBI Most Wanted @FBIMostWanted
Richard Davis (deceased) is the suspect in the 1974 kidnapping and murder of 5-year old Siobhan McGuiness. Davis died in 2012, but there could be other unknown victims as he lived and traveled extensively throughout the US. Contact the #FBI with info: fbi.gov/wanted/vicap/h… 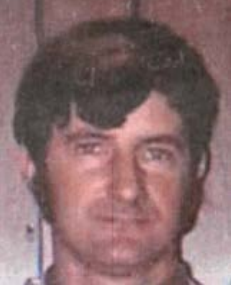 I also want to point out that often in these older cases, the world moves on, but the families and friends of the victim cannot — they need answers and closure to begin the process of healing. It is for this reason, that we have to tackle the backlog of cold cases. There is always someone waiting for answers. And even for an old case like this, there is urgency to provide answers. Family and friends will not be around forever. During the press conference, Siobhan’s father and half-sister spoke about this very point. It was heartbreaking to hear that her father, Stephen McGuinness, thought he would not get these answers in his lifetime.

Anyone can help us solve the next cold case — either by financially supporting a case or submitting their own DNA data, in case they might be a distant relative to an unknown person. Many of these cases can be solved by combining crowdfunding, volunteered data, cutting-edge genomics, and tremendous teamwork. Its a lot of work, but its always worth the effort. You can learn more about how to get involved here .

If you want to learn more about the case of Siobhan McGuinness, here are some great links:

« Back to the blog